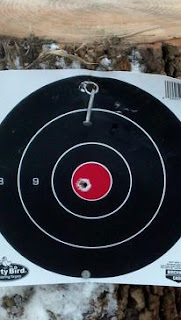 "The world is filled with violence. Because criminals carry guns, we decent law-abiding citizens should also have guns. Otherwise they will win and the decent people will lose."


There has been a lot of talk about gun control over the last few months. I have posted about guns before but never really shared my opinion. I am obviously pro-gun. I am a Woman, Wife, Mom and, you guessed it, a gun owner.


On my way to an appointment I turned the car radio dial to a talk radio station. This morning talk program just happened to be discussing women and guns. I immediately turned up the volume. Much to my dismay it was little about woman and guns. These morning personalities were debating if it was hot or not to see woman handling firearms. It was a funny angle so I listened on. The general consensus was if the woman was hot, then girls with guns was hot! 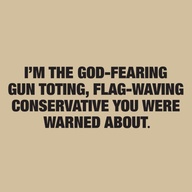 I happen to think that women who know how to use firearms in a proper and safe way are extremely empowering and, apparently to some, even hot. I mean, what could be hotter than a gun toting conservative woman who can defend and protect herself if needed?


Our second amendment “The right to keep and bear arms” was established by our founding fathers. There is much debate around this amendment. Maybe the writers of the Constitution would have worded this statement a little more specifically if they could have fast-forwarded in time. Our politicians have gotten very good at twisting words and making things more complicated than they should be.


Back in the day, women used guns on a daily basis to protect their families and land from unwanted predators and even intruders. If you were a woman who could not load and shoot a gun I cannot help but think you would be in the minority. Today it is the common place that many women have never held a bullet let alone a loaded gun in their hand. Guns are not bad, but the people who use them with poor judgment can be. It is our duty as not only as citizens of the United States of America, but as parents, to teach our children how to use firearms safely, especially our daughters.


The average woman like me does not have as much strength as a male. While I believe I am a tough cookie, I feel much safer going into some situations knowing that if I need to, I can protect myself with my hand gun tucked away. Yes, I carry a Smith and Wesson .380 with me on a regular basis and yes I have a permit to do so.  When I was getting my conceal to carry permit, my sister and I were the only two women in the class. I am excited that the trend of woman learning to use guns is on the rise. Women are gaining on men in the purchase of firearms for hunting and personal defense, according to the National Rifle Association. The National Shooting Sports Foundation keeps track of the increase among women purchasing firearms. Gun-store owners reported the number of women buying guns for personal defense increased 83.2 percent.


While I am an advocate for gun ownership and use, I am also an advocate of gun safety. Being a mom it is my top priority to keep my children safe and the guns out of reach. I think this can be easily accomplished by beginning with education from an early age. Call me Annie Oakley, but I feel pretty confident that if any unwanted predator or intruder pays an unwanted visit I will be locked and loaded.

Well said! I plan to take my CCW class in April.