I am so excited to be part of CommonGround. I am one of 2 mom/producers in Ohio to be a part of this grassroots effort to talk agriculture and food. I have a vested interest in what my family eats and where it comes from. I like to know where my food comes from and make sure those of us who produce it are bringing a safe and healthy product to the market.
CommonGround was formed by a joint effort between the United Soybean Board and the National Corn Growers on a National level and the Ohio Soybean Council and Ohio Corn and Wheat Growers on a state level to find "Our" CommonGround.
CommonGround farmers believe that sharing our personal perspective on growing and raising the food you eat is only half of the story. You also need credible, third party science and resources to help understand the process behind supplying your food. Here are some facts that may surprise you. We'll continue to add more of these resources, so keep checking back. 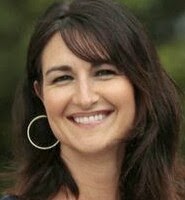 •No effects on human health have been shown as a result of the consumption of foods produced through biotechnology.
Source: World Health Organization

•About 99 percent of U.S. farms and ranches are owned by individuals, families or partnerships, not large corporations.
Source: USDA

•U.S. consumers only spend 10 percent of income on food versus 18-25 percent in other parts of the world.
Source: Hand that Feeds US

•The U.S. farmer's share of the retail food dollar has been declining for more than 60 years, and today represents only 19 cents of every dollar.
Source: Hand that Feeds US

•Farmers meet stringent requirements on drug use so that meat sold does not contain any traces of antibiotics beyond strict safety levels.
Source: Food and Drug Administration
http://www.findourcommonground.com/